Anteros-8 and Anteros-9 are two flagship high-end loudspeakers were launched in the early year 2018 as a celebration of ten years anniversary of establishing and developing ThivanLabs.

The Anteros-9 is the full open baffle loudspeaker system with four speaker modules. Two modules are columns of floor-standing open baffle speakers and each of column uses two 15-inch paper cone drivers and an AMT pleated diaphragm tweeter delivering an incredibly superior high treble quality and extreme smooth midrange frequencies. Two other modules are 21-inch open baffle woofers offering a super low frequency extension. This full open baffle speaker system impressively reproduces natural and pure sound and is tailored for large rooms from 40m 2 to 100m 2 . The Anteros-9 system need to be placed far from the wall behind the speakers in a minimum 1.5 meters distance to achieve the most natural and dynamic sound performance and this setup will present you unforgettable high-fidelity sound. The 21-inch woofers are controlled by a separated power amplifier and valve pre- amplifier substaintially contributing to the full energy and natural bass.

Meanwhile, the Anteros-8 is like Anteros-9’s brother with a neat half open baffle design. The Anteros-8 speaker system has four modules and each channel has two modules assembled together. The Anteros-8 utilizes such similar drivers as the Anteros-9’s but reducing one 15-inch driver. The upper modules present 15-inch paper cone drivers for the midrange frequency and the pleated diaphragm tweeters for the superior sound quality. The lower modules are 21-inch sealed box woofers controlled by one separated power amplifier and valve pre-amplifier. This speaker system is designed to be able to match the smaller rooms. The range of the room square meter is from 30m 2 to 100m 2 . The technical design of Anteros-8 enables user to get easier and more convenient setup when it is able to be positioned near the rear wall. Its typical sound is a super high dynamic treble frequencies and a clarity of midrange reproduction as well as a power extension of super low frequency.

All Anteros enclosures are handcrafted with high-quality MDF and natural rose wood veneer, are available in mate and solid finishing. The speaker grilles is able to be easily removed with magnetic feature.

The sound of the Anteros speaker system definitely attracts and convinces all the hardest listeners, especially whom would like to listen to a live concert at home. 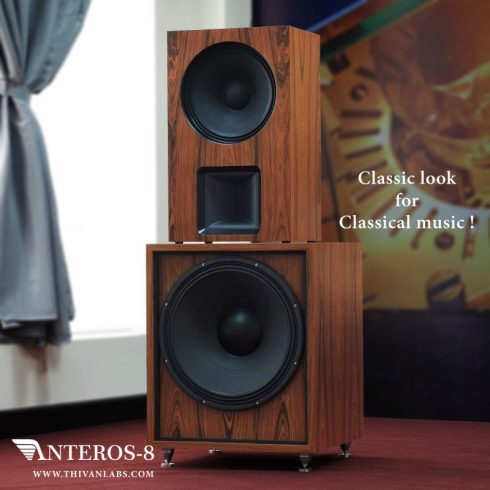 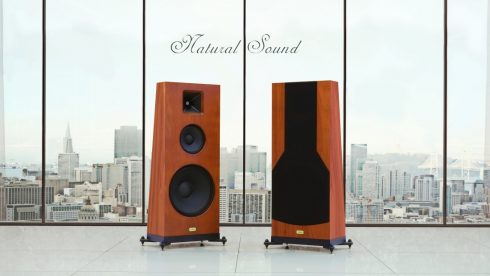 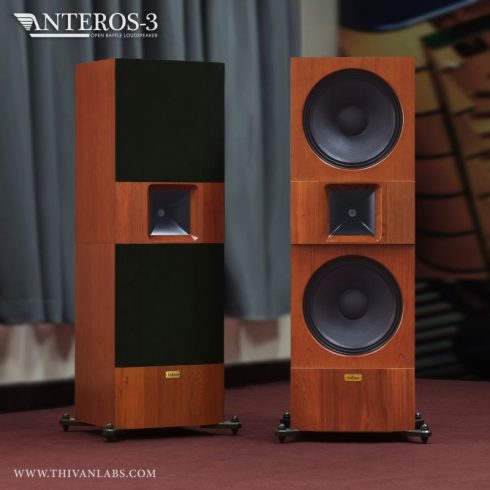